At the age of 21, he emigrated from Austria tothe USA, with the technology giant Twitter hav-ing just bought his start-up Fastlane.

At the age of 21, he emigrated from Austria to the USA, with the technolo-gy giant Twitter having just bought his start-up Fastlane. Today, this 24-year-old works as a software developer for Google and is living his dream.In this interview, Felix Krause talks about his beginnings, the myth of Sili-con Valley and why he thinks there is no substitute for personal network-ing.

Sandra: You will be in Vienna as a keynote speaker at this year’s WeAre-Devs Congress. What are you going to be talking about?

Felix: The title of my lecture is “Trusting SDKs”. Developers use re-usable code components (frameworks) to develop software. In principle,that is a good thing – but it is not without its risks. I’ll be talking about thedamage that hackers can cause. Many people think, how bad can it reallybe? But numerous events from the past show that it can be very bad in-deed. At the WeAreDevelopers Congress, I will use iPhone apps to showhow a large number of iPhone apps and iPhones can be “attacked”.

Sandra: At the tender age of 21, you emigrated from Austria to the USAwhen Twitter bought your start-up Fastlane. What made the software de-veloper tool you had created so interesting for a tech giant like Twitter?

Felix: The start-up Fastlane that I had developed makes it possible tosubmit iOS and Android apps to their respective stores automatically –and that has already saved many millions of working hours for developersall over the world. Twitter had a development division called “Fabric” – aplatform that provided new tools for developers to build new apps. Fast-lane was a perfect fit for them. The Fabric division was sold to Google inJanuary of last year – and I moved over with it. Now I work there full-timein the field of open source tooling for mobile app developers.

Sandra: A photo on your Facebook page shows you as a 15-year-old infront of the Google headquarters in Mountain View. At the time, you stated“I want to work here one day!” A mere seven years later, in 2017, your wishcame true and you started working at Google. How did that happen? Andwhat was it like at the beginning?

Felix: I come from a small town close to Baden near Vienna. I attendedthe Higher Technical Training and Research Institute (HTL) in WienerNeustadt and later studied in England. Fastlane was created as part of mybachelor’s thesis. It was an open source software project, which meantthat the public had access to it. And although I had built the tool on myown, I had help from the community; with other developers working ontechnically improving the tool via the Internet. And it’s true – when I was15, I went to the west coast of America on a family vacation and, amongother things, we visited Google’s headquarters. I decided then and therethat one day I would work there. It all worked out, which of course makesme very happy.

Sandra: To get to Silicon Valley is the ultimate dream for many develop-ers. And you’ve done it. What is the vibe like there? And does Google pro-vide you with the perfect work environment?

Felix: It is interesting – since I’ve started working in Silicon Valley my-self, my opinion about its special vibe has undergone a slight change.Most people believe that everybody there handles enormous volumes ofwork, that they work extremely hard and extremely long hours – but thatis not always the case. I also initially thought that the very best peoplework there and only there. And that, too, is a fallacy. Of course there areworld-class engineers in Silicon Valley, but even in Europe – and especial-ly in Austria – we have incredibly good people. At the moment I live andwork in New York because I really appreciate the change of scenery. Thereally positive thing about working for Google is that as a software devel-oper, you have a lot of freedom. We do not get assignments, we get goalsand we work towards one vision as a team. To me personally, this is of theutmost importance – that I can work independently. Our working hoursare not strictly timed and our place of work is not strictly defined. There isno need for me to explain myself when, for example, I work from Austriafor two weeks, like I am doing now before the WeAreDevelopers Congress.

Sandra: On your blog there is a photo that shows your life in two suitcas-es and a backpack. Your home seems to be everywhere in the world. Doyou still feel connected to your native Austria? And how do you find theright work-life balance?

Felix: I’ve traveled a lot for work in recent years and found myself sel-dom at home in my apartment, which gave rise to the idea of experiment-ing with a minimalist lifestyle. The experiment has now been running for130 days already; I have also been writing about it in my blog athttps://krausefx.com. This year I would like to do a little less traveling sothat I have more time to explore my current place of residence, New York.I spend two months of the year in Austria, mostly over Christmas and insummer. I call my friends or family every day, for example while I am outfor a walk. My work-life balance is good – also because I can work relative-ly independent of location and time, and because I enjoy working. In addi-tion to my job, I also blog, do sports and take advantage of the hugeamount of free time activities in New York or the cities I find myself in. Bythe way, anyone who wants to know where I am currently can just click onthis link: https://whereisfelix.today.

Sandra: Do you have any advice for young developers who want to followa path similar to yours?

Felix: I would advise all young developers to finish and publish whatthey are working on. There are many cool ideas out there – but if no-onesees them, no-one can appreciate them or learn from them. For example,I blog or tweet about new things. Published successes also help a lot in jobapplications, for the simple reason that you already have something toshow. One important message I want to share with other young develop-ers is that they should not believe that everything is perfect in Silicon Val-ley. I would even go so far as to say that some things work better in Aus-tria.

Sandra: Why are international congresses, like WeAreDevelopers, thatbring together developers from all over the world, so important and in-spiring?

Felix: The most important thing for me is that you can interact person-ally with other speakers and participants, right there and in real life. Thetalks or contents can also be viewed online, but there is no substitute forexperiencing it in person. To me, the WeAreDevelopers Congress also hasanother great bonus, which is that everybody from the Austrian developerscene, from which I learned a lot in the early years, is there. That is reallyexciting for me! 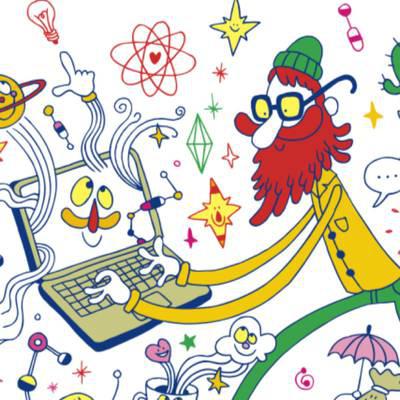 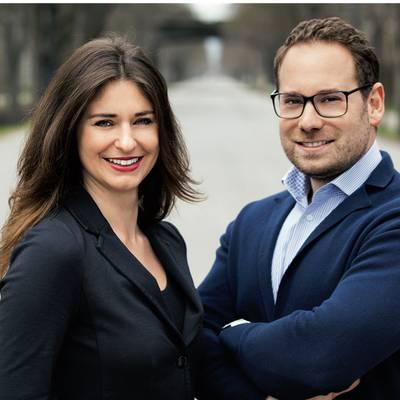